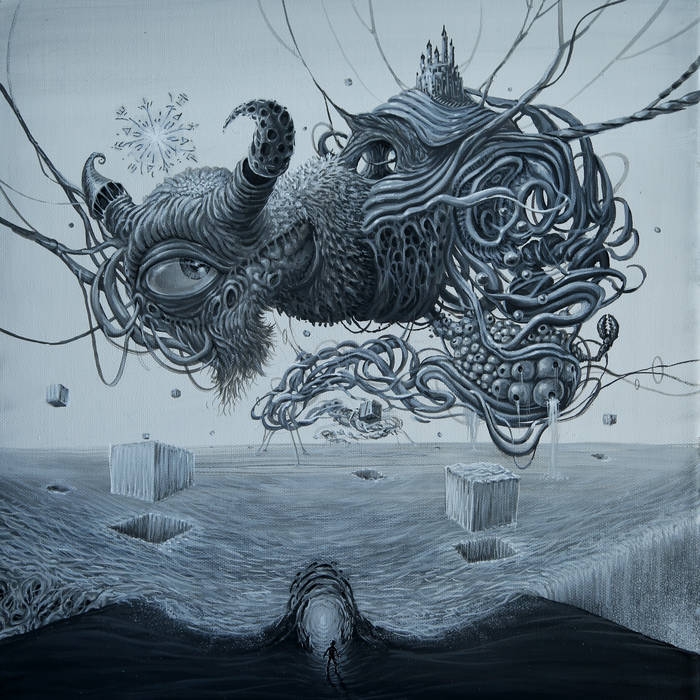 Telle Isla I am not the biggest fan of doom metal but this album might change that. Melancholic but powerful, this easily creeps its way up to become one of the best in my book. Simply stunning. Favorite track: Abominio.

bcb723 Excellent debut album by Esogenesi. Something about these monstrous riffs and heroic guitar solos that puts a smile on my face each time I listen. Epic. Favorite track: Esilio Nell'Extramondo.
more...

All the buttons, all at once

Death/doom metal band ESOGENESI have concocted a sublime blend that harnesses the power of death metal with the poignancy of doom metal, backed with an able, organic yet powerful sound that the band can call it their own. Even though this is only their debut, the quartet have outdone themselves in creating music with unfathomable depth and emotional poise. The five songs plod along with subtle but effective changes in mood, tempo and groove, and it often becomes imperative to revisit them to catch the brilliant nuances ensconced in the rumbling death metal-spiked parts. This is as good a debut as any to come out in the genre and it only solidifies the band's place in the increasing death/doom roster of Transcending Obscurity.


- "one of the most tantalizing records of the year" - Headbanger Reviews (US)
headbangerreviews.wordpress.com/2019/08/04/esogenesi-s-t/


- "very good debut, one of the best this year" - Chaos Vault (Poland)
chaosvault.com/recenzje/esogenesi-esogenesi/


- "Fans of death doom would do well to pick this one up" - Angry Metal Guy (US)
www.angrymetalguy.com/esogenesi-esogenesi-review/


- "One of the most convincing debuts of the year" - Metal Italia (Italy)
metalitalia.com/album/esogenesi-esogenesi/


- "impressive" - The Obelisk (US)
theobelisk.net/obelisk/2019/08/30/esogenesi-self-titled-review-premiere/


- "deeply immersive and emotionally searing" - No Clean Singing (US)
www.nocleansinging.com/2019/07/29/an-ncs-premiere-esogenesi-incarnazione-della-conoscenza/


- "excellent" - All Around Metal (Italy) 4/5
www.allaroundmetal.com/component/content/article/26-releases/6595-un-debutto-davvero-degno-di-nota-per-i-milanesi-esogenesi


- "should be on your radar for sure" - Metal Temple (Greece) 8/10
www.metal-temple.com/site/catalogues/entry/reviews/cd_3/e_2/esogenesi-esogenesi.htm

Bandcamp Daily  your guide to the world of Bandcamp

outré black metal, with a Victory Over the Sun interview and music from Liturgy and Jute Gyte.